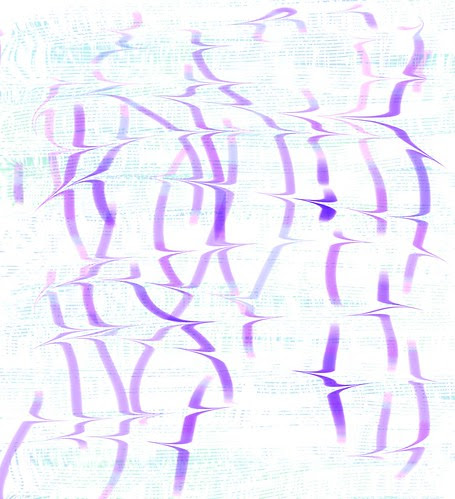 On Sunday, after going to and playing at a 40th birthday party the night before, Jim said wasn't it odd that one never got to find out what a birthday was like in a different season. He suggested that we pick "Unbirthdays" to celebrate in 2007. He then proceeded to write a script to select them randomly.

I got Decemeber 7th so its over a year to my unbirthday! At first I rejected it (our wedding anniversary is on the 2nd of Decemeber so it seemed a bit close) and then I got June 7th, exactly 6 months different. I took the hint and stuck with the first suggestion, next year I'll be celebrating my unbirthday on December 7th and Jim's is on November 6th. 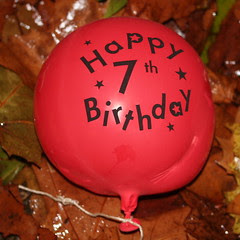 My 7th birthday was horrid. The Sunday before I'd stepped on a rusty nail (Kidney 1 if you know your acupunture points). I had tetanus jabs on the days on either side of my birthday. I remember there was an ominous red streak up my leg showing severe infection. Looking at what K1 is used to treat I think I can confirm that having a rusty nail in it brings on quite a lot of those things - I had so many nosebleeds as a child and it was only when I had acupuncture in my 20s that they stopped...

I did the picture above before thinking about what to write here. I thought of it as bamboo being reflected in water. Looking at the reference I found for K1 its described as

On Monday over at Reluctant Nomad's blog I saw that he had used a webpage that calculates one's death day. I suggested that he celebrate his death day every year. His is Decemeber 8th. Incidentally if you try it do experiment with mode - put in saddistic and see what it says!

Thanks Jim! I get to celebrate my unbirthday on Hallowe'en. Are you trying to tell me something?

THANKS, Now I have that "very merry unbirthday" song from Disney's version of Alice in Wonderland in my head!

Andrea - tee hee - a reason to celebrate your inner witch!

Tony Larocca - another tee hee - I've never seen Disney's Alice so I've not been infected by the tune - should I find it to listen to? No, perhaps not. (just read the books which is where we got the name from).

hi! - i'll have more time to remember my unbirthday than my real birthday

but i'm not keen to celebrate my existing birthday - can Jim write a script to eliminate them altogether?

Ian - perhaps you'd better celebrate all your unbirthdays all 364 of them - and just leave out you actual birthday.

The unbirthday is a fabulous idea.

I have heard stories of my sister-in-law having big unbirthday celebrations for her niece and nephews. I really just think this was an excuse to buy them presents and eat cake. That was years before I met Sean or our children were born. And now Kelly (my sister-in-law) has 19 nieces and nephews instead of just the 3 she had the party for. Still the party is legend now and at every family event the kids (that are now teenagers) tell great tales of Auntie Kelly's Unbirthday party!

It makes sense to celebrate death day every day because we're dying just a little bit every day. How uplifting is that?

RN - if you celebrate in style you'll bring it that bit closer everyday than you needed to!

When I used to do zazen with a group of Zen people that was considered a sort of small acceptance of death everyday.