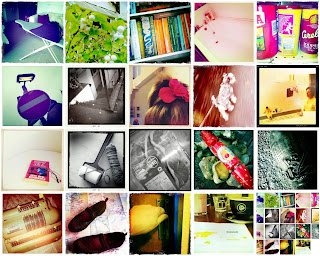 Over the last two days I've been struggling with some translucent polymer clay (Cernit) it was VERY soft, even after spending the night in the fridge... it made it impossible to use as I'd planned in thin slices... so I had to adapt what I was doing... these two are the results.

I wish I hadn't put the opaque blue dots in the second one - they don't really work... I think it worked better in the swirled first one which also had standard white in so not so translucent anyway... I might chop the blue bit off or drill them out... not yet decided.

Yesterday, being the spring equinox, I wanted to make a tortoise that was coming out of hibernation - that's the big one above. Jim has named him Vern.
Posted by Caroline at 3/21/2010 07:07:00 pm 2 comments:

At the beginning of February I drew this wren - it was my first attempt at designing a maker's mark. I'd like it as a sort of signature on handmade jewellery.

Well you probably don't as I'm sure any of my past readers have long since gone... but anyway... I know its a long time since I blogged anything let alone anything vaguely artistic or crafty and I don't think I ever showed any jewellery... even though in the last few years I have strung together the odd necklace, like this one:

In the much dimmer past I used to do quite a lot of beadwork... from very simple strings to weaving with beads:

(I can't find anything that I wove... it was rather a long time ago)

But something I have never done is work in polymer clay.... and that's what I was just starting to want do at the beginning of February.

These are my first ever polymer clay beads:

I made them on the first day of the year of the tiger so I'm calling them tiger beads.

They are a very minor variation on a bead from Ancient Modern Polymer Clay and Wire Jewelry by Ronna Sarvas Weltman - a book that I've found very encouraging.

I purposely added in a very thin layer of the orange clay into the spiral cane (jelly roll) and I didn't know not to use the very distorted end bits - which was lucky as that bead is my favourite and most tigerish of them all!

These beads were made using Cernit (from EJR Beads), over balled up aluminium foil.