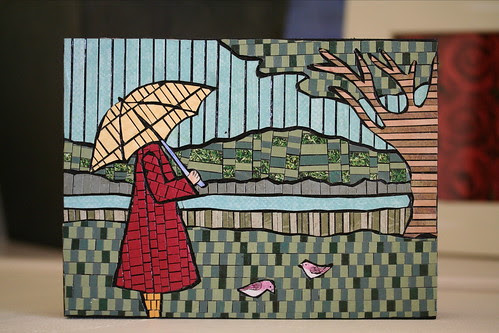 This is what I won in Ellen of Creative Laundry's giveaway. Isn't it gorgeous! Thank you so much Ellen.

Looking at it is giving me ideas for using the same technique.

Though when that will be I've no idea - time currently revolves around puppy things. 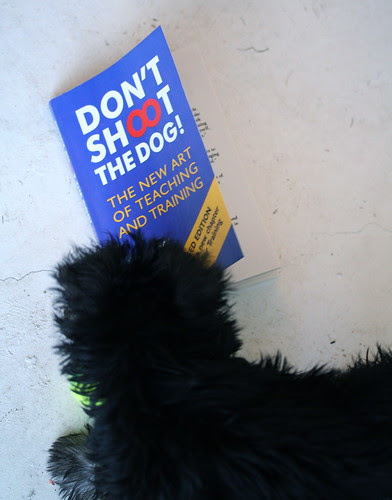 Its a great contrast to the No Diet Diet as its all about creating behaviours, skills (or habits) and using rewards to ensure that the best behaviours are encouraged. The book is full of anecdotes about training all sorts of animals, as the author used to train sea mammals to perform for fish or other rewards and has used the technique of marking a good behaviour (e.g. with a click or a whistle) and then rewarding it to train all sorts of creatures - including cats, fish, elephants, polar bears and of course dogs. And also of course humans - herself included.

At the moment I feel its an idea that I understand intellectually and think sounds really useful but really don't seem to be able to put into practice... so I've ordered a DVD to help me see it in practise... after all humans learn by copying others.

One of the anecdotes in the book was about a cat watching a dog being taught to rock on a child's rocking chair and being given meat rewards along the way. After an hour of training the dog had mastered it and the training session finished. Then with the rocking chair unoccupied the cat coolly got on and demonstrated how it should be done and to get its own meat reward!

Now you might think that being a copy cat like that makes the cat cleverer than the dog since it only had to be shown and it could do it too... but the dog will have got more than one reward as it went along... and a whole hour of attention too. 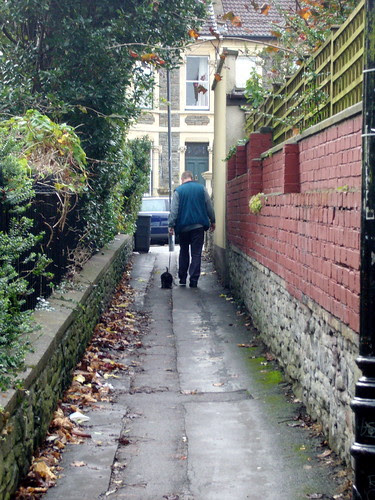 Last Saturday one of Jim's cousins was here having played a concert in Bristol the night before - she plays the baroque horn and let us both have a go - it was most odd attempting to make it sound and just getting little tiny squeaks coming out near my right ear - she then showed us how it was done and she found that there was one note that got Teasel singing too - since then we've had several family howls as we all sing along together unaccompanied!

For the monthly scavenger hunt this month one of the categories was "black and orange" - now I'm sure that was there so people could put in pictures of their Halloween things but this is my entry: 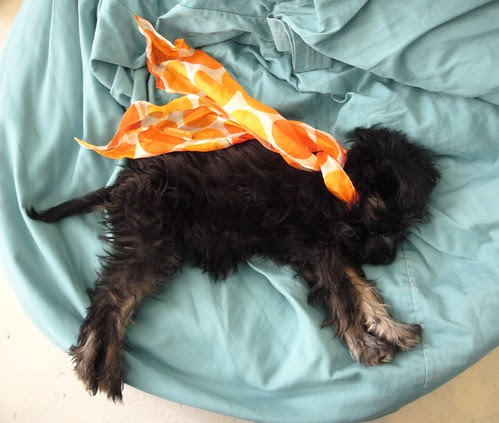 You have nice photos...
Good text with these photos...
I'll come again for complete my comment...

Tinker - thank you - its a good contrast isn't it!