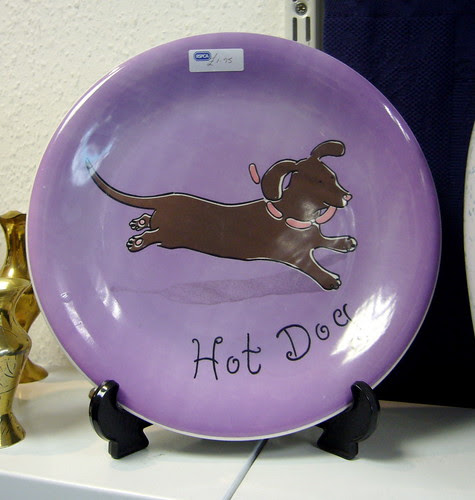 This month there have been any number of synchronicities and general happenings around hot dogs - here are a few:
Yesterday in the park was this little girl in her Halloween costume a little early: 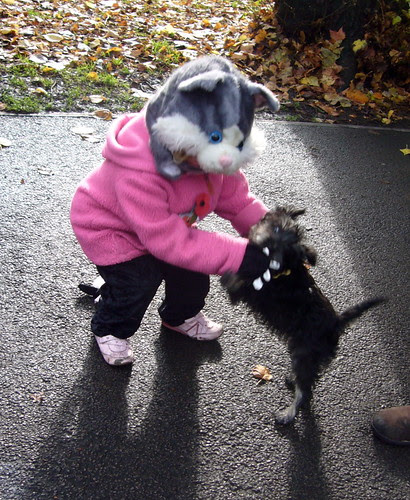 you can get nice frankfurters in jars at LIDL.... just saying.

I made gilt gingerbread decorations for the Christmas tree one year, and the lurcher pulled the tree down and ate 'em all. Grrr.

I shall check out LIDL next chance I have - thanks for the suggestion!

I've been thinking of you and Teasel (and Jim, of course)and hoping for some more photos! Bella adores carrots, but then as you probably noticed, Bella will eat anything! Best wishes to you all!

Hot diggity dog - what a fun post -hot dogs and a cool kitty cat! Happy All Hallow's Eve, Caroline (though it's so late, it must be actual All Hallow's there by now!

Oooh. I went away for a while, and so this is my first chance to catch up on puppy. So, so cute. What a doggy-post. I'm so jealous! She looks absolutely gorgeous. Never gave Trixie hot-dogs, but she loved carrots too, and stalks from cabbage or cauliflower, too.

That photo of the little girl in costume with Teasle is adorable...it's only 1/2 showing on my screen, don't know why. But I can see enough and it's adorable.