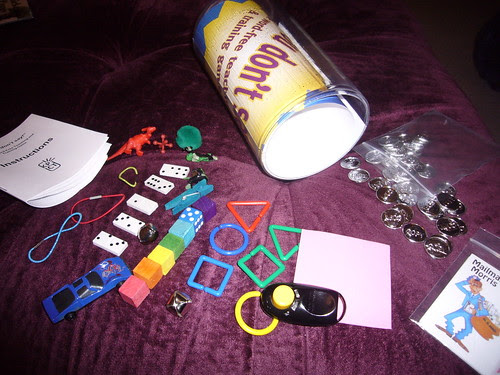 Last night Jim and I played "You Don't Say" a game invented by Karen Pryor to teach clicker training through experiencing it. In each round of the game one person is the learner, the other the teacher. No one speaks. Only the teacher clicks. (Anyone else present watches, and probably laughs.)

It comes with all sorts of small objects, a clicker and a little booklet giving various games to play.

As the leaner one simply reads the learner's section that pretty much tells you the idea is to explore the things on the table and to collect tokens. Every time one does something the teacher wants to encourage one gets clicked and each click earns a token.

The teachers section is a bit longer and gives instructions for several different games.

As I started off playing the learner I didn't have any idea what the teacher's instructions were until after the game.

I started off touching various objects on the table - when I got to the red dinosaur I got my first click - yippee!

I bounced the dinosaur up and down vigorously in front of Jim. Jim clicked some more. Then he realised that although he'd clicked me he hadn't given me any silver tokens. I'd forgotten about the tokens too - I wasn't yet "conditioned" to getting a token for a click - so I was especially delighted to get several along with the clicks my enthusiastic bouncing had caused.

I think he thought I'd been so bouncy because I hadn't had my token... and maybe some where deep inside me that was true but it wasn't conscious.

I now proceeded to play with the dinosaur a lot - I put it in various places and on me in lots of ways - I sat on it, decorated myself with it - my favourite place was behind my ears - made it bite other things, etc. and I was getting clicks and tokens but it also seemed like I wasn't doing whatever it was that he wanted me to do with it... and then he held up the Queen of Spades.

I felt like he'd thrust it far too close to me and rather aggressively (I'm long-sighted and it was too close to focus on). Oh oh I thought - I've been black-carded! That must mean stop; whatever I'm doing isn't right... yet he also clicked me and gave me a coin... confusing! Okay that must mean I'm right about the dinosaur but I need to do something different with it...

I then tried several different things with the red dinosaur and all of them seemed to earn me the black card, plus clicks and coins... what was I doing wrong? What else could I do with it? What on earth had I missed out? Why did I keep getting clicks and coins when I'd been black carded?

Then Jim took away the dinosaur!

I was bereft. I'd obviously been very naughty and got it all wrong...

I picked up all the other things that were left - and I got a click and a coin! Oh maybe the point was to pick up everything except the dinosaur! I shook them and threw them about... I wasn't really aware of what was getting clicked and what wasn't at this stage. 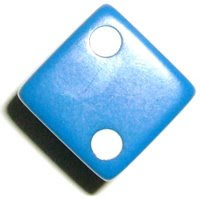 Then as I was picking up all the pieces off the floor I happened to be holding the blue die. Now what do you do with one of these? Roll it of course! So I did. I got lots of clicks and lots of tokens.

In fact I'd got all the tokens... and then Jim simply swooped in and stole all my tokens!!!

What on earth had I done to deserve that. He hadn't even given me an IOU!

I kept on playing with the blue die and got some of my tokens back. Then he showed me another card... the two of diamonds! That isn't the black card so it must mean carry on.

I carried on rolling.

I began to worry about what number was coming up and whether I'd yet managed to roll all the numbers... Jim kept on thrusting the 2 of diamonds right in my face... too close for me to focus on it... hmm... he must mean he wants the number 2. So I picked the die up and showed him the face with 2 dots and carefully angled it so it was as much like a diamond as a square face can be. I got a click and a token...

Then he took the blue die away from me!

I'd lost both my toys.

The ones that had earnt me all those tokens (and don't forget all the stolen tokens too)... and now I was just left with all the boring other ones... none of which had apparently been any use before...

I was feeling much less enthusiastic by now. 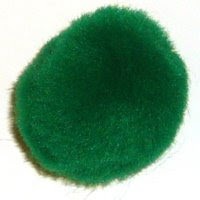 But then I got a click for touching the green fluffy ball.

Now I just KNEW it must be to do with a sequence.

He wanted me to put coloured things into a sequence - red, blue then green!

We carried on for a bit longer and at some point I got back the dinosaur and the die. Jim held up various cards to annoy me and I attempted to get things into the right sequence.

Eventually I'd managed to put the red dinosaur on top of the Queen of Spades card (it was face down on the table but I knew which card it was), the blue die on top of the two of diamonds and the green fluffy ball on top of another card that Jim had also started to flash about.

Jim said we'd finished and that I had obeyed all the cues.

But I didn't really understand at all!

I may well have been performing as he expected but in that part of me which has any vague semblance of consciousness I was still thinking of these cards in all the wrong ways.

From Jim's point of view he thought I was being particularly obtuse to take so long... the idea had been that each card was a cue to each object. That when shown the Queen of Spades I was meant to touch the red dinosaur, when shown the 2 of diamonds to touch the blue die (without any concern over the number showing or the orientation) and when shown the eight of hearts to touch the green fluffy ball. He claims that by the end of the game he'd got me doing that and that he'd done so without sticking to any particular sequence....

I now have a great deal of compassion for any animal being trained... although I doubt they'll have my sorts of confusions going on they could have all sorts of others and at a stage when it seems they have really got it may still be operating on an entirely incorrect set of rules!

For some great examples of pets being clicker trained see the free flicks at clickerflicks. My favourite so far is of a miniature pony being trained to pull a cart and a close second is this of a cat doing an agility course.
Posted by Caroline at 10/26/2008 08:31:00 pm

Have a good night !

I illustrated a little book about clicker training once. Your game sounds more fun though.

That was a bit surreal!

We are in puppy training mode ourselves right now and it's hard work! Fortunately we've been there before and are minimizing the 'inscrutable stuff' but some of the commands are different for dogs who will be service dogs so it's a matter of re-training us, too!

Now I have to watch that cat video...

Webradio - thank you very much - glad you understood it.

Dru - did you have to understand it to illustrate it, I wonder...

Andrea - surreal - yep and I still haven't recovered from it... I suspect the fact we'd seen several people that day, one of whom was a child who kept on telling Teasel off without really meaning it might have put that black card into my mind..

I suppose it helped that I understood it, Caroline. I'd already learned loads about dog stuff from editing a book on behaviour. And we had two dogs ourselves, though I never tried clicker training with them...
On the other hand, there was the time that I translated the manual fro a french software manual. I knew nothing at all about computers at the time, and still know very little. And it was a rubbish program anyway. I wonder how much misery and confusion I contributed to creating there?

Dru - do you recommend the dog behaviour book you edited?

It's a good book, but you can hardly expect me to be impartial. I'll lend you a copy if you like

Dru - I wasn't expecting impartiality - though I know there are things I've done that I wouldn't recommend and others that I would... I'd love to borrow it - I've still got that sourdough book for you... Jim is attempting to rearrange his band practice so I'm more likely to be able to manage Wednesday now than I was.

I'll make sure I take the book along, then. And if you don't make it, I could drop it in to you sometime.

What an interesting exercise! It does inspire compassion - and amazement at how much they come to understand when they don't share a common language with us - though I suppose 'clicker' is the language you'll both soon be speaking!