Saved By the Blog 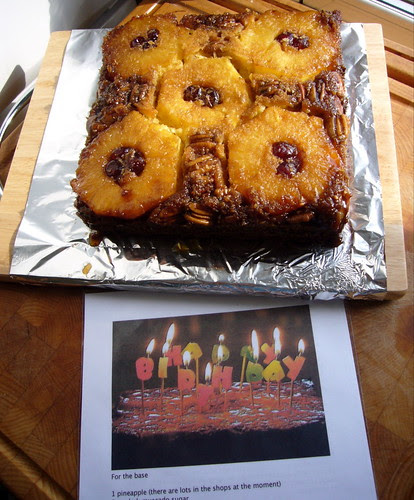 Its Jim's birthday today. Two years ago we made him a pineapple upside down cake and he fancied the same sort of cake today. But what recipe had we used before? Luckily Jim found it on the web... in my blog! 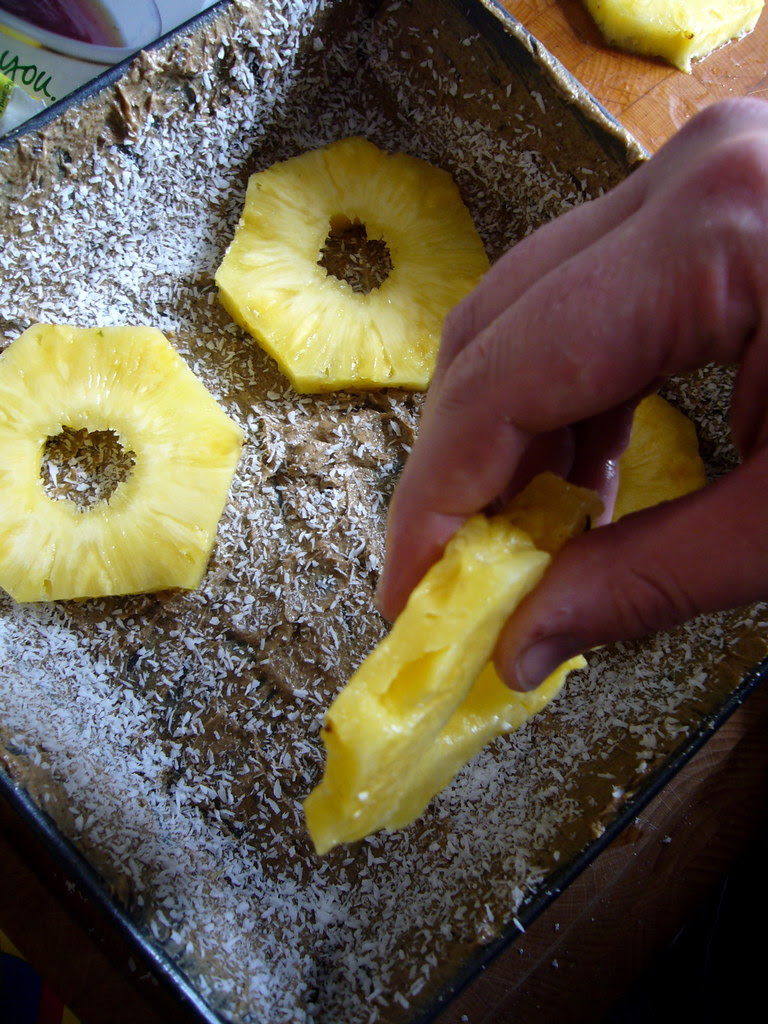 The original had been from a magazine which we looked for but don't seem to have kept... So I printed out the instructions.

We'd planned a little bit more in advance this time and had all the ingredients except the flaked almonds to hand.

We substituted desiccated coconut for them. And because I'm attempting to avoid sugar (! I know its going to difficult with this one!) we used fruit sugar instead of cane sugar - Jim even read the packet and paid attention to the suggestion that we should use a third less. (Its not the quantity that concerns me; I'm more interested in its lower GI since I don't want to reignite my sweet tooth.) 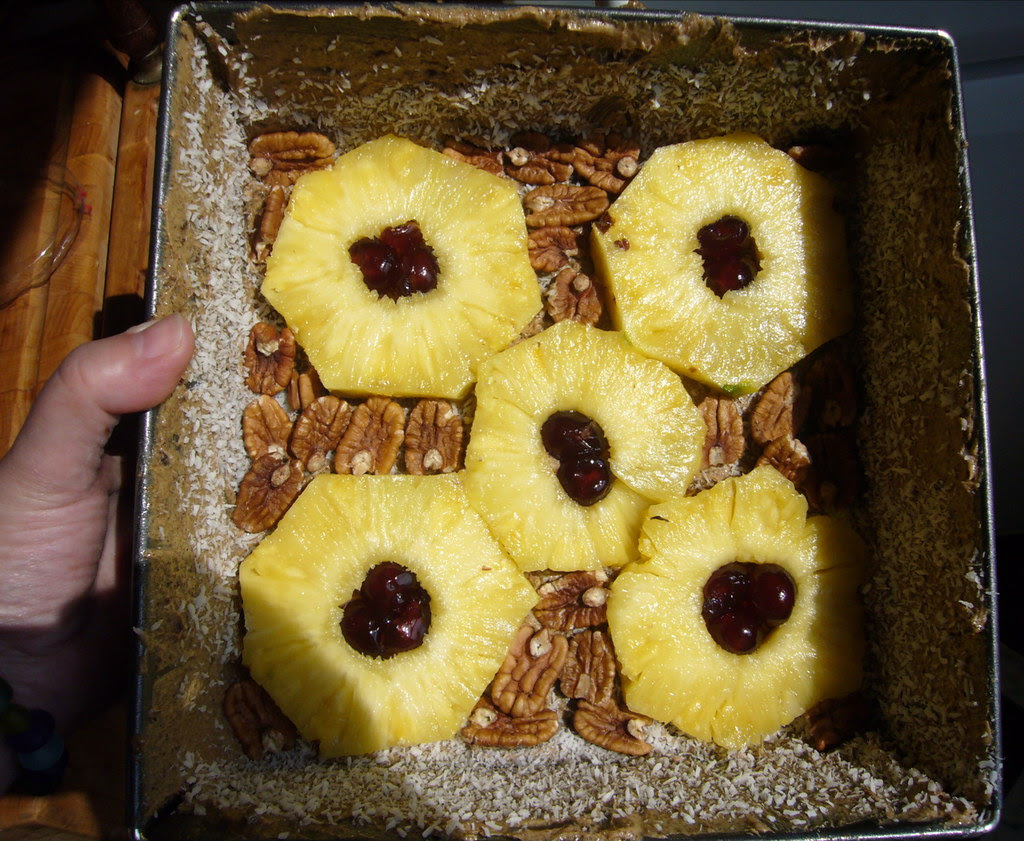 Jim got 5 rings into the tin this time - which was the whole of a small pineapple.

Once the rings were in we filled all the gaps with cherries and pecans.

I took this photo of what will be the bottom of the top, but is currently the base layer (note the sunshine - today has been pleasantly warm!). 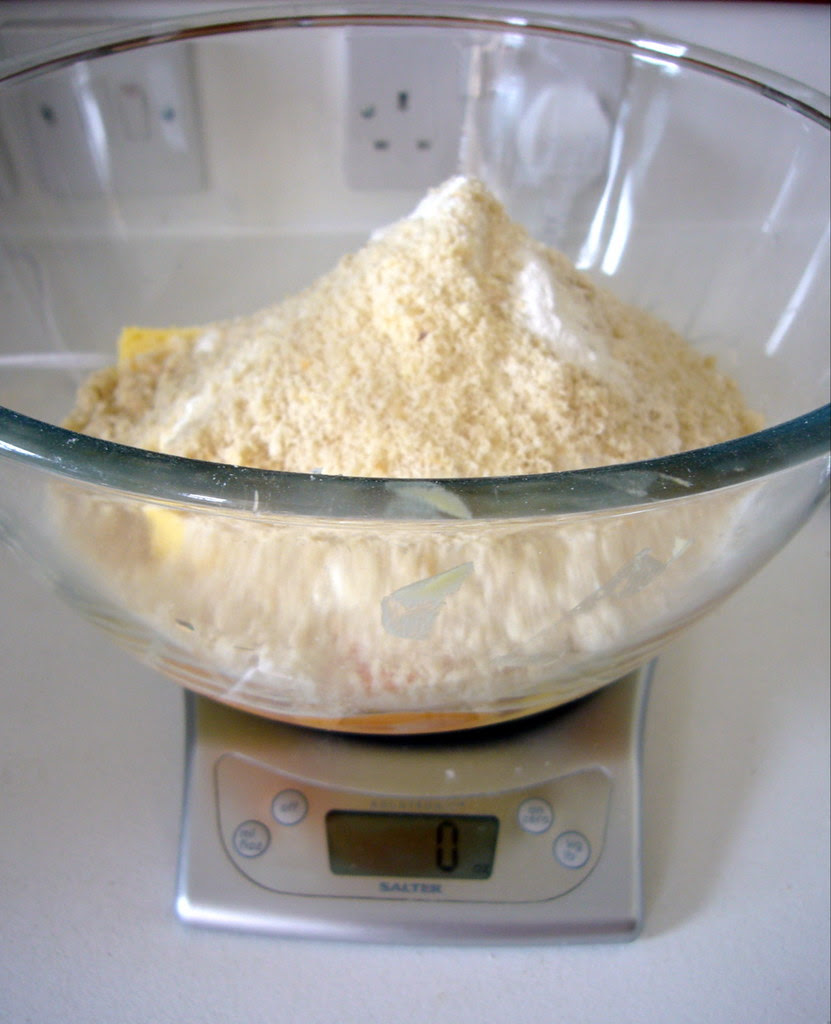 Next we had to make the batter.

Look at the lovely electronic scales.

These were one of Jim's presents last year. He choose them and he went for the one's that he thought were most robust instead of the prettiest and thought this was a sign of aging... hopefully one of growing wisdom!

So to show he's not growing old too quickly I tied his helium-filled "Birthday Boy" balloon onto him for the next pic. 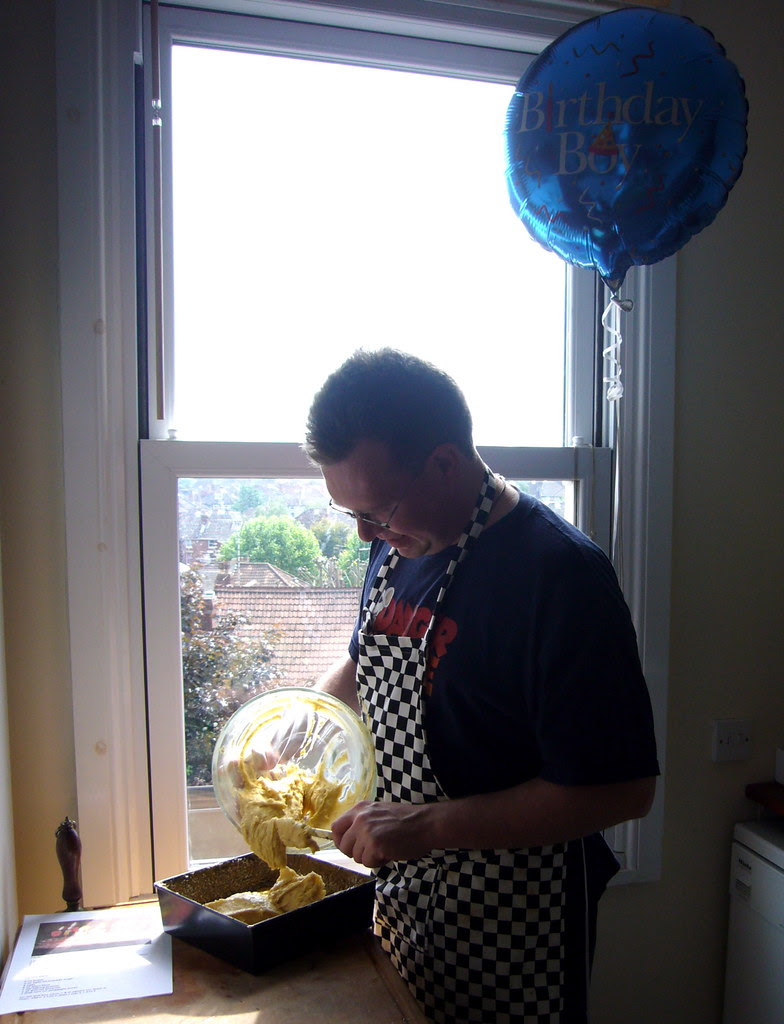 (I hope these photos come out - I got some of the html a little snarled up...)

We've got some friends coming round soon so I'll have to stop now.

Happy birthday, Jim! Hope it's a good one! And that cake looks absolutely wonderful!

Happy Birthday Jim! Don't eat it all at once :)

Imelda - thanks he did enjoy himself - a bit tired today though!

Anonymous - thank you - we've only just started it - we went out to dinner last night and couldn't manage any when we got back - though we did light the candles...

Happy birthday indeed! I must try that recipe; I love pineapple cooked with a caramely sugar finish.

Dru - It is proving a fairly sweet topping... luckily the cake part isn't too sweet and I'll be able to recover my non-sucrose status soon :-)

I'm more than a bit late on this - but happy birthday, Jim!
The cake looks - and sounds -delicious!

Tinker - Jim's balloon is still up so he's still the birthday boy around here - thank you!