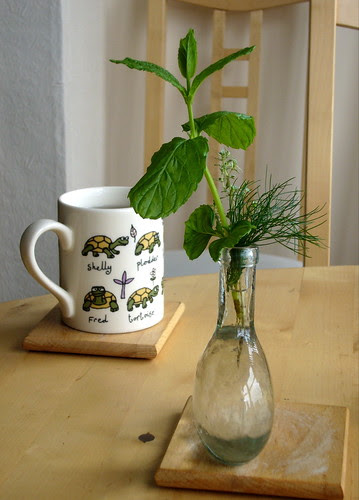 Yesterday we went to see the News Quiz being recorded. Though we've no photos of it as there was a very stern warning against taking any cameras... It was in the Redgrave Theatre in Bristol which is very small and when full was rather warm. There were a lot of people there without tickets as the email that is sent out rather leads one to assume one has got some, though further down it makes it clearer that if you've really been successful the tickets will turn up in the post. Also they send out many more tickets than there are seats anyway. They are not charging for them so can do this and its first come, first served on the night.

I was most charmed by Carrie Quinlan - she really held her own on the panel - there are always more men than women on these shows but at least she had plenty to say and was funny too! I hope all her contributions survive into the cut version tonight - they recorded for well over an hour last night and the show that goes out is under half an hour.

As I've no photos of the panel or the audience here are some faces I prepared earlier: 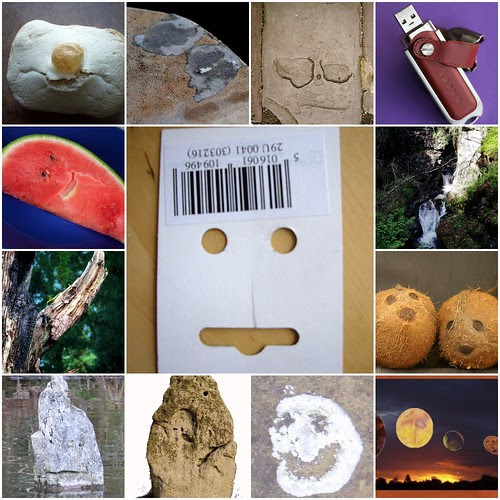 I absolutely love that face mosaic! It's so clever and fun. I'm curious, that white one on the upper right corner? Bread? a muffin?

Ellen - glad you like it! That one is a bread from the breadmaker.

Fabulous faces Caroline, although that one second in from the bottom left gives me the creeps!

oooh, just read the comment about the bread, I've got a photo of a slice that neo could see a face in somewhere!

Jo - that's one of the standing stones at Stonehenge. Neo sees faces too does he? Clever boy!

I like the coconuts and can smell your fresh mint!

Lucky you to see the News Quiz being recorded. I think it's hilarious!
Great mosaic.
Your mint and dill look great.

The moons made from leaves are awesome.

Blogger seems to have lost this my reply to these - sorry!

Krimo - yes it was brilliant. Charlotte Green was especially funny doing a line in rude names.

Tony - thanks - that was a Halloween posting a few years ago.

MP - they are mostly in there I think!