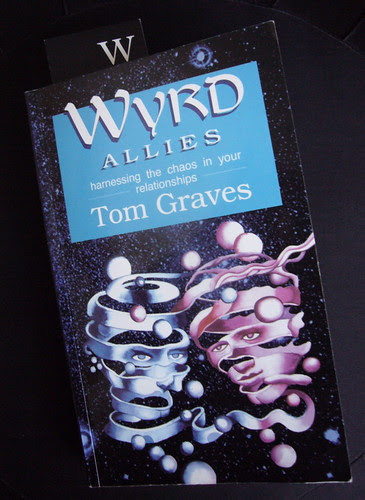 Book: Wyrd Allies: harnessing the chaos in your relationships by Tom Graves.

Yesterday I was in the Amnesty Bookshop. On Saturdays its much busier than on weekdays but I had a strong feeling there was something in there to find... I looked in all the usual places... but I wasn't finding it... I did notice though that quite a few books were very much not where they ought to be... so I had to follow my nose... I found this book, Wyrd Allies by Tom Graves, on top of the history books! (It ought really to have been in one of: self-help, esoteric or psychology - all of which I had already looked in, along with natural history...)

When I picked it up I had an internal struggle part of me was keen and part very not... how interesting... early on in the book he describes this weird feeling, the one where we have a real choice. And yes this book tackles exactly what I've been fretting over here recently the interweaving of fate and choice.

Something I especially like about this book is its list of further reading. He has 4 sections the last of which is fiction with only three books in it:

The Owl Service was read to us at primary school, on Friday afternoons, sitting out under the big walnut tree in the playing field.
The Dark Twin, was a book I borrowed from the public library several times in my teens.
The Way of Wyrd, was a book my ex-husband had, and that the next man in my life said was the reason he'd gone out with me (thinking it was mine of course)...

Good enough reason to pay attention to the book itself! 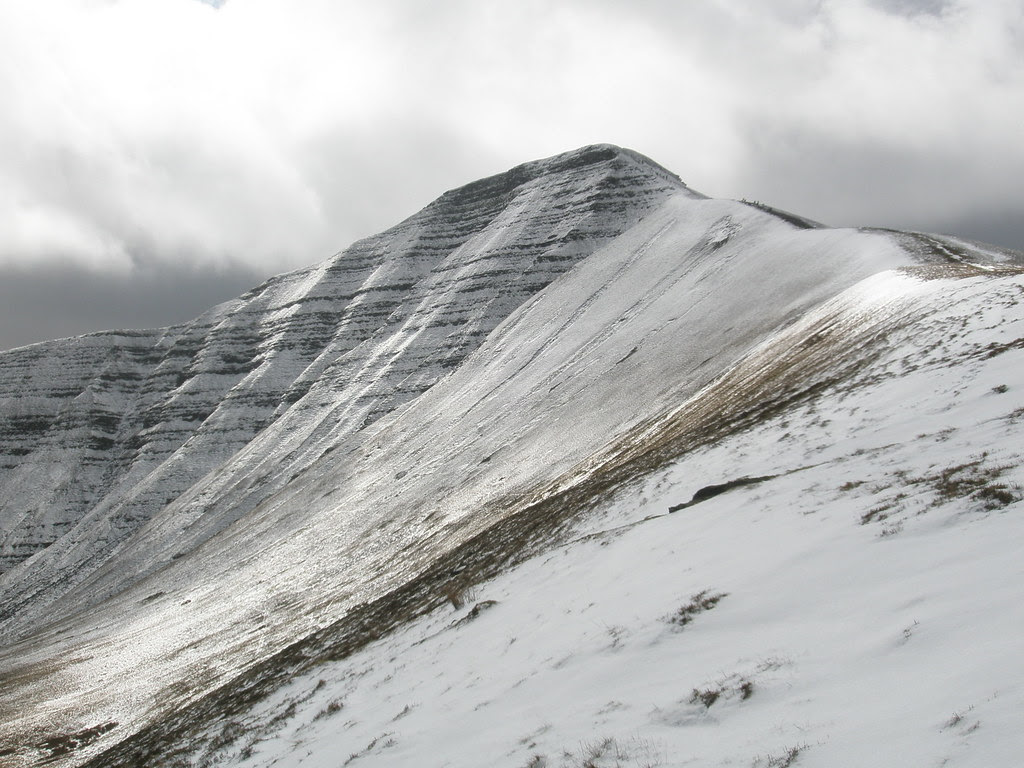 "Easter Snow in the Brecon Beacons" by jim_r
Last Monday Jim was in Wales going up Pen-y-Fan with friends. Now he is in Norway and is learning to snowshoe!

There are only a few wolves in Norway so he probably won't meet any. However in Bristol I keep on bumping into them: 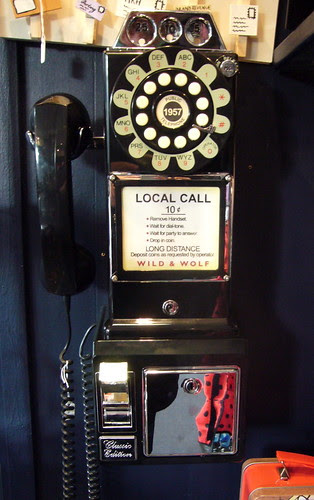 Even the wine I bought yesterday was from Wolf Blass! Must be the little red riding hood effect...

Yesterday I heard this too: What made Wolfman Jack great?

caroline - what is the red riding hood effect??I havent heard of that one...please share?

Krissie - sorry I must be speaking in code!

I meant that after posting about Little Red Riding Hood 10 days ago there have been lots of synchronicities around it and this seems to be the latest.

Sorry to be so obscure!

And thanks for asking.

I recognise that cover of the Wyrd Book from someone doing a copy for an art class and see the skirt of Little Red Riding Hood reflected in the phone! Easter Snow image is amazing!

I went shopping for a hoodie today as the weathers turned rainy and cold bssically over night! its wintery well as wintery as it gets here... and tried on a grey one and blue one, no sign of red ones though! phew! I do have a bright red jacket for winter though, now thats what will spring to mind every time I wear it! lol!

...and I'm dipping into Women Who Run With The Wolves.... -the wyrd book looks interesting. I shall read more.

What a lot of interesting synchronicities...

Has anyone told you what big eyes you have? =)

The book does look rather interesting - I'm intrigued by the spelling in the title. Speaking of titles, I think "The Little Red Riding Hood Effect," would make an intriguing title for a book - perhaps one on synchronicities?

Anonymous - so you've seen it before? It is the sort of image I think I'd remember if i had. Yes I noticed that little red reflection... and Jim will be glad you've admired his photo - thank you. He texted yesterday to say they had got to the first of their huts and he'd started snowshoeing...

Dru - good luck with that... I've never managed to get very far with it

Tinker - not recently... Wyrd derives from an older spelling... and I think is being used more in the noun sense, most of the time, than in the adjectival though that's used too. A book on synchronicities? There's an idea..