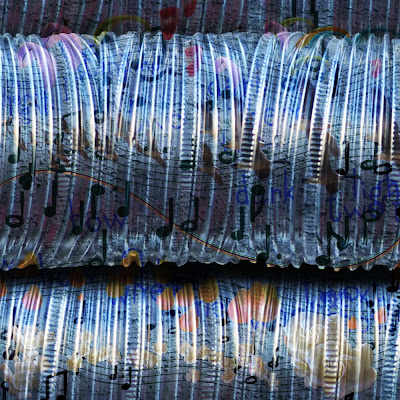 My Mind Reels - in Corel Painter
Connie has tagged me to divulge 6 random things about myself - I've done at least one version of this tag yonks ago (though that one wasn't very random as they all seem to be about elephants!) but there must be another 6 things for me to confess to - especially if I can now dismiss elephants from my mind:
I'm not going to tag anyone else explicitly (too many of my tags have been ignored in the past to encourage me to tag explicitly any more) but do let me know if you do it - I'd love to see what you've written.
Posted by Caroline at 11/19/2008 05:36:00 pm

Yep, there's nothing like have to work for a living to kill the entrepreneurial side! Pine elephants, whooops.

I'm trying to think of how to make random thoughts. "Pantaloons" reminds me of some Serbians I worked with; their name for trousers was "pantalones", which I found quite funny, as they didn't dress particularly like Lord Byron. So when I hear "pantaloons" I think of horrible boiled beef. Maybe you had to be there...

Connie - its odd - I think it was having to work for other people that did me in... if I'd started out working for myself I think I'd have been fine...

Dru - well I wasn't there but it still made me smile!

Bangles. Rows and rows of bangles [your pic.]

Darn, I can't stop thinking of that pink elephant, he's growing bigger, he's flying, he looks like a pink pig that's an elephant.

I used to paint stones with animals, though never any pink elephants that I can recall. Even without the elephants the stones I used would have been much too heavy to wear as jewelry.

You could simply count this post as having done your six things, if you'd like to pick up the award :)