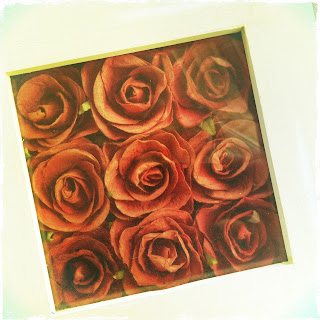 Over time we expect a rose to fade... we do not expect the same from our paintings!

In my previous post I gave two examples of colour palettes: one from Arthur Stern (for oil paints) and the other from Michael Wilcox (for watercolours)... both were focussed on choosing paints that will mix well... both palettes included Alizarin Crimson.... however, on a little further investigation, it turns out that this is really a pigment to avoid, especially in colour mixes!

I was looking at the R&F encaustics information about individual colours and here is what it says about Alizarin Crimson: "Not sufficiently light-fast in tints."

This rang an overdue alarm bell for me!

I looked at Winsor &Newton's information about their Artist's Quality oil colours and found this:


Of the 120 colours in the range, 119 are now classed as 'permanent for artists' use' [AA or A ratings from Winsor & Newton] which aids in the longevity of paintings. Although Alizarin Crimson is only given a "B" rating ( moderately durable), it has been part of Artists' Oil Colour for over 130 years and is still considered a key colour by many contemporary artists.

But knowing myself and how long its taken me to get around to reading the boring stuff about permanence etc I don't think that artists are expecting any "Artists' Oil Colour" to fade... so the fact that so many consider it a key colour is only through ignorance of its properties....

Before Christmas I bought several Artist's Quality oil colours from several different manufacturers to make homemade encaustic paints... I was looking at the data sheets to check on opacity and translucency which is something I think matters a lot in encaustics. Somehow one of the paints I bought, Carmine Deep (an expensive one too!) has turned out to be non-permanent... my excuse is that as it was from Sennelier the data sheet was in French... but the real reason was that I did not expect a series 3 oil paint from a reputable paint manufacturer to be unsuitable for use in art!

I'm even more shocked that Micahel Wilcox recommended Alizarin Crimson in Blue and Yellow Don't make Green (1989 edition)... though it looks as though more recent editions avoid it... I now have his later book "The Artist's Guide to Selecting Colours" (1997) bought direct from his website - The School of Colour - (thanks to Sue for telling me about this website). In this book he has clearly done his research on permanence and not just mixing.... he says Alizarin Crimson PR 83:1  "has failed all lightfast testing in all media"... in particular it fades when used thinly or when mixed with white....

Okay so R&F alerted me to this, what do the other encaustic paint manufacturers say?

Enkaustikos do not give a plain English warning... to find out the truth you need to look at their codes: "Alizarin Crimson Pigment Color Index name  PR83 - III"

So that III is the clue... I = Excellent lightfastedness, II = Good and III = Poor.... who really wants to buy a colour, no matter how beautiful if in a few years time its going to fade? Especially if it is beautiful!

And its the only paint they have marked as being a III....


The major UK encaustic paint maker does not give the pigment numbers though there are pigment names... They use a different scale of lightfastness... and I'm pleased to say they are not offering anything called Alizarin Crimson at all.

The lightfastness scale they use has 5 = excellent, 4 = very good, 3 = good and they say they do not offer anything with a worse lightfastness than 3... also after a quick look the ones only rated 3 are neons + pastel cream...

But there is a general warning that adding whites to colours may make them prone to fading... which, as it is given as a general warning, apparently applies to all their colours... and therefore makes them all useless to me.

Sigh... I'd love to be able to buy the local colours... but I don't want to spend money on any paints to which I cannot add white... I may not want to add it all the time but sometimes I do!


And what about making my own encaustic paint directly with pigments?

I now understand a tiny bit more about paint making... enough to know that paint makers do rather more than just throw in some pigment and stir it around a bit... which is all I'd be able to do.... whether that matters when the medium is encaustic I don't know...
Posted by Caroline at 1/08/2012 03:10:00 pm

Wow, Caroline! That's good to know. I too never get around to reading the fine print. I trusted that if I was buying "high" quality paints (i.e. the spendier stuff), it was archival and if not there would be a noticeable warning somewhere. Thanks for doing/sharing your research!

GD - there are others to look out for too - but the Alizarin Crimson is the most often used without realising its limitations I think... certainly by me!

I tried to comment on your blog - love the encaustics you've posted - but you've got a style of comment box that my browser doesn't work with... sorry.

Sigh. They're out to get us, aren't they? I think I bought some alizaron crimson, but in acrylic (it was only $7).

Sue - you could do some lightfastness tests with it... but it might be worth buying quinacridone red (PV 19) or quinacridone violet (PV19) instead and get used to the way that mixes...