"Core - I see a face!" - I'm always seeing things...
Tinker and Leah suggested, in reply to my posting about the inscription in the book by Aviva Gold, that it was made out to Goat Lady - which certainly made more sense than Goat Judy! I was thinking about this today and wondered if there was more of a message for me in this... it had been "For April" and then I remembered the goats at Paradise Bottom earlier this year: "Tinkling Goat" - photo by Jim
Jim took this photo on March 21st and it was on this walk, after seeing the goats, that for the first time in ages, I really felt that being near an animal gave me something of its power. I was inspired to go up and down hills with far more energy and sure-footedness that day than usual. That was just a little bit before April... I looked through my archive of photos from April itself and on the 21st of April found this: 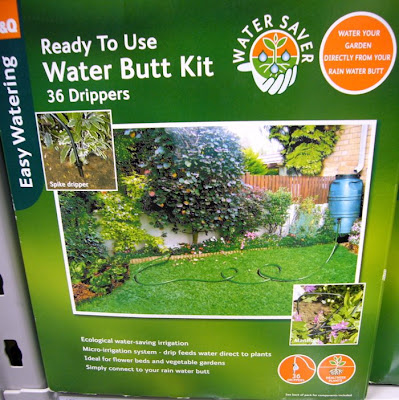 Another goatish synch is that a friend of mine share's her house with an astrologer - I'd teased him for ages by not letting him know when my birthday was - I was most intrigued to find out what he thought my sign was, and besides not being into astrology myself I felt much happier with his not knowing - his first guess about four years ago was Leo - I think my hair might have been having a good day that day - this November he tried Capricorn - still wrong but maybe he was picking up on something else! Though I'd consider the message, if there is one, to be that I'm a water goat which isn't in the Western Astrologer's menagerie.

I don't want to 'butt in' with any suggestions ;-) - but perhaps by not giving him your birthdate, you're just trying to get the astrologer's 'goat'? Just kidding around?!
I like the idea of animal's sharing their power with us...and
I love the pear face!

Tinker - being the butt of a joke is what I deserve for teasing the poor man so... hmm... that's an apple but you've seen it as a pear... interesting... things going pear-shaped? Or maybe that pear type figures have larger um butts than apples...

This is a poem I like. So here it is.

Dusk, deserted road, and suddenly
I was a goat. To be truthful, it took
two minutes, though it seemed sudden,
for the horns to pop out of my skull,
for the spine to revolutionise and go
horizontal, for the fingers to glue
together and for the nails to become
important enough to upgrade to hoof.

The road was not deserted any more, but full
of goats, and I liked that, even though I hate
the rush hour on the tube, the press of bodies.

Now I loved snuffling behind his or her ear,
licking a flank or two, licking and snuffling here,
there, wherever I liked. I lived for the push
of goat muscle and goat bone, the smell of goat fur,
goat breath and goat sex. I ended up on the edge
of the crowd where the road met the high
hedgerow with the scent of earth, a thousand
kinds of grass, leaves and twigs, flower-heads
and the intoxicating tang of the odd ring-pull
or rubber to spice the mixture. I wanted
to eat everything. I could have eaten the world
and closed my eyes to nibble at the high
sweet leaves against the sunset. I tasted
that old sun and the few dark clouds
and some tall buildings far away in the next town.

I think I must have swallowed an office block
because this grinding enormous digestion tells me
it’s stuck on an empty corridor which has
at the far end, I know, a tiny human figure.

Strangely being goatlike, for me, for a few hours, wasn't about eating any thing or goat sex... more about a devil may care attitude about steepness... but then maybe those other goatish attributes are mine already so I didn't notice them! Oooer!